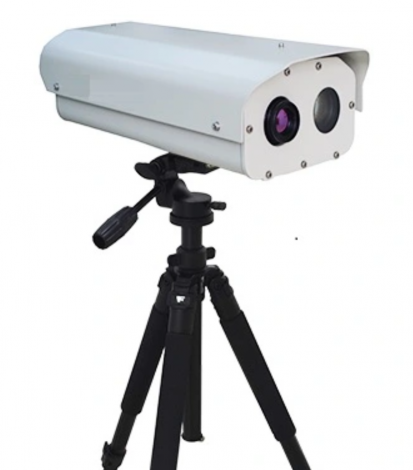 Neto Baltic introduces remote human body temperature measurement system. According
to Evaldas Budvilaitis, Chairman of the Board, these systems allow monitoring the
health status of people in a wide range of gatherings and workplaces – from
supermarkets, logistics warehouses to food production companies, and may help to prevent the spread of COVID-19 pandemic in Lithuania.

„A temperature screening equipment that uses artificial intelligence (AI) to spot febrile individuals, generates an alert when someone with a fever walks by it, prompting staff to carry out secondary checks,“- explains E. Budvilaitis.

According to Chairman of the Board, body temperature measuring systems were introduced to the supermarkets, logistics companies and other institutions this week.

“The system is easy to install – one or two days are enough to set up the system and run it. We already feel an interest from other markets, so I‘m sure we‘ll soon have the first installations,”- he says.

“People working in high-risk areas face the real danger of becoming a victim of a virus every day. In order to avoid or at least reduce the level of risk, we need to consider all security measures and put them into practice as soon as possible,”- he said.

The system, introduced in Lithuania, is CE, FFC certified and is already widely used in other countries of the world.

“Thousands of these systems are deployed in China, which, according to the country’s declining infection rates, is actively controlling the virus that is spreading rapidly. Italy, Spain and Germany, which became the largest focal points of COVID-19 infection, also chosen these systems, ”- adds Budvilaitis.